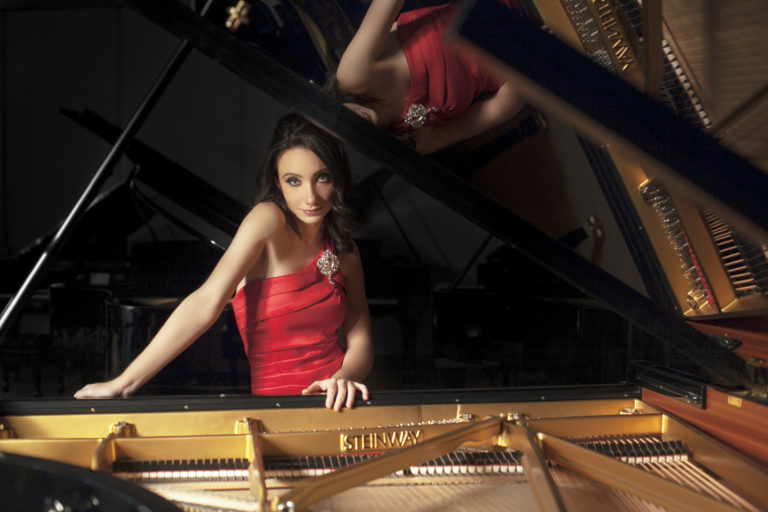 She has appeared in many television and radio broadcasts throughout Europe, the United States, South America and Asia. She has also been the special guest of the broadcast “Il Pianista” on Radio Classica (Italy). In April 2016 she took part in the complete performance of Bach’s “Well Tempered Clavier”, held in Geneva and broadcasted by Radio Suisse Romande. Her debut CD/DVD Piano Legends was released in May 2016 under Limenmusic.

Elisa is also a keen chamber musician, she collaborates with partners such as the violinist Fanny Clamagirand, the pianist Josu de Solaun and Faust-Quartett. Her diverse repertoire embraces a wide range of styles, from baroque to contemporary music, in which she is very interested, and includes rare works such as the Concerto for piano and Orchestra by Ignaz Brüll.

In 2014 Elisa was in residence at the Music Academy of the West Summer Festival in California, where she was awarded the Natalie Mc Fadden Memorial Fellowship.

In 2015 she was invited to the Tanglewood Music Center in Massachusetts (USA), where she was granted the Felicia Montealegre Bernstein Fellowship and the Adele and John Gray Memorial Fellowship; moreover she had the opportunity to collaborate, among others, with artists such as Michael Tilson Thomas, Ludovic Morlot and Andris Nelsons.